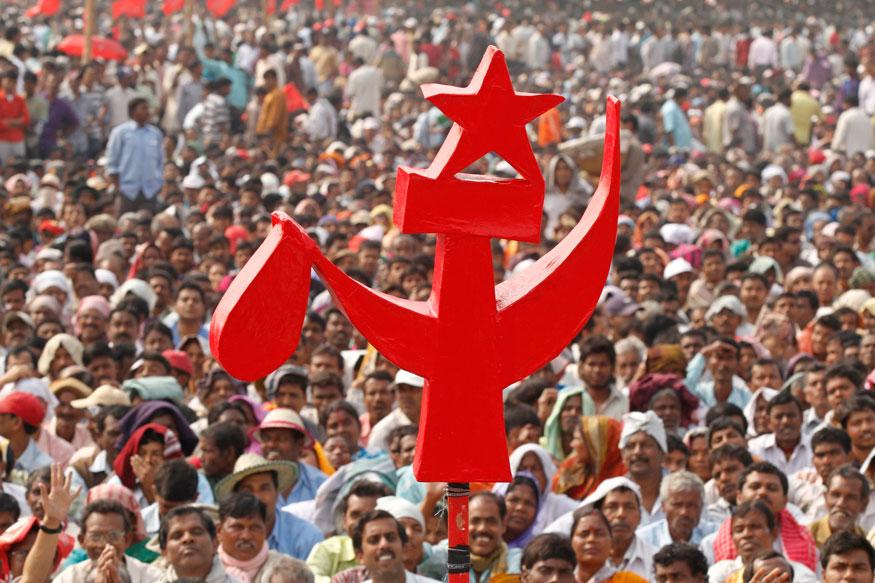 A section of observers believes that differences between RJD leader Tejashwi Yadav and CPI’s Kanhaiya Kumar, also former JNU students’ union president who contested in Begusarai against RJD candidate Tanveer Hassan in the 2019 parliamentary polls, could be an important reason for RJD’s hesitant response to the alliance. However, with the alliance coming through, Kumar will be one of the star campaigners for the Mahagathbandhan, but without any leverage in seat and candidate distribution even within his own party.

Nevertheless, RJD was more interested in having an alliance with the Left parties than with single-caste parties like Upendra Khushwaha’s Rashtriya Lok Samata Party (RLSP) and Mukesh Sahni’s Vikassheel Insaan Party (VIP), both of which were abandoned by the RJD as election heat caught up. The RJD ultimately gave 29 seats to the Left – 19 to the CPI(ML), six to the CPI, and four to the CPI (M). Some of these were seats where RJD had won in 2015 elections, while CPI(ML) had won three, and other two Left parties could not open their account in 2015 assembly elections.

Considered “disproportionate concessions to the Left, particularly to CPI(ML)” by many in the RJD, this seat distribution triggered a sort of rebellion in party ranks on some of these seats.  Considered “brash” and “arrogant” by many political observers, why did RJD have such a huge change of heart? The reasons lie not just in the legacy of the Left and its revival, but also in the complex socio-political dynamics of the state.

Significance of the Left for Mahagathbandhan

The BJP in Bihar primarily commands the support of the upper caste and Baniya voters comprising around one-fifth of the state population, while the RJD is mostly limited to Muslim and Yadav voters who comprise around one-third of the population.

The JD(U) of Nitish Kumar becomes crucial in this context as it commands the majority support of non-Yadav OBCs, like Kurmi and Koeri, EBCs and Mahadalits. A transfer of this vote base to one of the above two, disproportionately increases their chances to win in the first-past-the-post system. To a lesser extent, the LJP of the late Ram Vilas Paswan also plays a similar role, as it commands majority support of the Paswans (now under Mahadalit category) who comprise around 5% of the state’s population.

Successive elections have shown that both Nitish and Paswan’s vote bases are transferrable to their alliance partners to a great extent. It is this particular reason why Nitish’s support (and that of LJP to a lesser extent) matters a lot for his partners. In fact, since the October 2005 assembly elections, results have favoured the alliance which had Nitish Kumar as an ally.

This time JD(U) would add votes to the BJP, the RJD had to find ways to make inroads into the non-Muslim/Yadav sections to increase its winnability. Congress is of not much use as its support among the Dalits and upper castes has eroded significantly. Though limited to a few pockets, the only other political force in Bihar having support among the EBCs and Mahadalits is the Left. This explains RJD’s newfound love for the Left parties – to play the role that JD(U) will be playing for the BJP, albeit on a very small number of seats.

For example, in the Bind (Nishad) Tola of Rajauli village in Bachchwara assembly constituency of Begusarai, Nishad voters openly accepted that they will be voting for CPI than the much-touted VIP of Mukesh Sahni. “Mukesh Sahni never came here, we have never met him or his party people but Awadhesh Babu (CPI candidate and ex MLA) helps us in difficult times,” says Ram Ratan, a middle-aged Nishad respondent.

Same is the case with Halwai (another EBC community) respondents in most of the places in Aara district, especially in the Agiaon (SC)-Tarari region. In fact, such is the image among small shopkeepers of the Tarari CPI(ML) MLA Sudama Prasad, who also comes from the same community, that majority of the respondents in Tarari market voiced their support for his party. This was a bit strange, as markets are generally considered BJP strongholds.

“Most small shop owners are generally BJP supporters,” accepts 43-year-old Dinesh Sao, who runs a sweet shop in Tarari market, “but here Sudama ji has always stood by us, agitated for our issues and now we can’t leave him”. On similar lines, it was surprising to see Kushwaha voters – traditionally Nitish supporters – voicing their support for CPI(ML) in Siwan’s Ziradeyi and CPI(M) in the Bibhutipur seat of Samastipur. Both Left parties have given strong and rooted leaders like Amarjeet Kushwaha and Ramdeo Verma from the community.

But when it comes to Mahadalit voters, CPI(ML)’s strength is in its pockets of influence. “The Dalit awakening in middle and west Bihar came not via  theAmbedkarite stream but through Naxalbari in the 1970s, when armed struggle became the medium to oppose feudal oppression and demand justice. Since then, ML’s presence among the Dalits, especially Chamars and Musahars has never ceased in the Bhojpuri speaking region covering Ara and Siwan districts,” says Niraj Kumar, national general secretary of ML’s youth body, RYA. It is this vote base that has solidly stood by ML even in the most difficult times in these regions and continues to do so.

Besides caste arithmetic, what weakened Left parties in Bihar over the years was the demographic change – old stalwarts aged and the youth leaders preferred mainstream parties. The average age of a Left party activist kept on increasing and so its hold among voters of these social sections decreased, along with the militant flavour of its protests. “This changed drastically over last 5-10 years,” says Vishwajeet, CPI Bihar state committee member. “After the coming of Kanhaiya, the party became attractive for the youth once again. Currently two of our candidates – Ramnarayan Yadav of Jhanjharpur and Suryakant Paswan of Bakhri seat – are ex youth organisation leaders of the CPI.”

In the 2019 Lok Sabha elections, the highest vote-catching candidates of CPI and CPI(ML) – Kanhaiya Kumar and Raju Yadav – were both leaders of their party’s student organisations. Candidates like Manoj Manjil from Agiaon, Ajit Kushwaha from Dumraon and Amarjeet Kushwaha from Buxar are all leaders of AISA and RYA, student-youth bodies of the ML, while Sandeep Saurav of Paliganj is an ex-general secretary of the JNU students’ union. What explains this huge transformation?

“India witnessed a kind of student youth upsurge over the last couple of years on various issues from corruption to joblessness, education, shrinking democratic space etc.,” explains Ravi Rai, CPI(ML) central committee member and ex national general secretary of AISA. “These movements were the first to resist anti-people initiatives of the government and the issues they raised had an organic linkage with the wider society, which helped them in breaching campus boundaries, giving them a pan-India appeal. As the issues they raised continue to remain unsolved, the leaders of these movements naturally embraced wider roles and this explains so many students-youth coming in leadership positions,” he sums up.

Though it is pertinent to note that the enthusiasm may not be shared by the CPI as there are reported rebellions within the party wherein 14 candidates belonging to All India Students Federation (AISF), the party’s student wing, have filed nominations on their own. It is rumoured that these candidates may have the tacit support of Kanhaiya despite his apparent denial. The development also shows the clash of two youth icons, Kanhaiya and Tejaswi, in the anti-BJP space.

A new kind of left

A direct result of having wide support, in limited areas, in the base of the social pyramid and youth resurgence therein lead to an increase in the visibility of party activities – the Left became visible and assertive. For instance, Manoj Manjil, CPI(ML)’s Agiaon (SC) candidate, is an ex student leader who came to prominence five years ago when in the run up to 2015 elections, his agitations around electricity supply in the region helped CPI(ML) mobilise common people on civic issues.

It helped him get around 30,000 votes in the 2015 elections. Drawing lessons, he continued with that mixed model of assertive agitations using road blocks around civic issues such as education, compensation or democratic rights. One unique experiment in this regard was Sadak par School where a survey of government schools of a region would be conducted by party volunteers. Besides, the work of Left leaders like Mairva MLA Satyadev Ram in giving relief to migrants entering Bihar through Siwan during the lockdown also helped them in expanding the Left’s reach and goodwill.

“This was a new kind of Left politics using civic issues and assertive protests to ensure engagement of people and fix responsibility of the administration to ensure timely relief,” says Rai. “And the Left has to continue reinventing itself in this manner to continue being relevant not just in Bihar, but outside too.”

However, this relevance of the Left in Bihar needs to be seen in the differential approach of RJD, wherein CPI(ML) seems to be treated generously, while the rebellion within the youth wing of the CPI reveals the rumoured marginalisation of Kanhaiya and his counter moves, the apparent denials notwithstanding.

Thinking of Chacha Ajit Singh And Agnes Smedley
How We Came to Suspect the Disquiet in Our Democracy - Badri Raina
Disha Ravi's Brave Statements in Court Should Challenge India's Judicial Conscience- Apoorvanand
Invoking farmers’ Revolt at Champaran ‘Kisan Morcha’ paid homage to Mahatma Gandhi On his Death Anni...
The Farmers Protest in India
How Much of a Democracy Is India, Really?- P.B. Sawant
Share on Facebook Share
Share on Pinterest Pin it
Share on TwitterTweet
Share on Google Plus Plus
Send To Devices Send