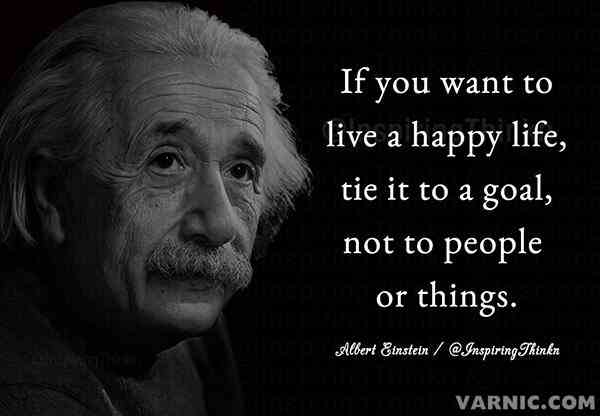 Reuters Personality of the Millennium, just ahead of Mahatma Gandhi and Karl Marx, genius of Albert Einstein changed much in the way scientists look at the world and set the foundation for many modern inventions, including the nuclear bomb and nuclear energy. Beyond Physics, he questioned capitalism, denounced militant nationalism and forcefully protested racism. Today, we can see reminders of his genius almost everywhere we look.

Albert Einstein had many discoveries as a scientist, but he is most known for his Theory of Relativity. His theory of relativity revolutionized our understanding of space, time, gravity, and the universe.

Gravity is a natural phenomenon by which all things with energy or mass (a measure of the amount of matter)—including planets, stars, galaxies, and even light—are brought toward one another. On Earth, gravity gives weight to physical objects, and the Moon’s gravity causes the ocean tides. Gravity has an infinite range, although its effects become weaker as objects get further away. More than one hundred years old, the theory continues to astonish scientists.

Einstein was equally inventive when it came to the physics of atoms, molecules, and light. His talented and fiercely independent mathematician and thinker changed how we see the universe through his theories and his vision of physics. Here are a few of the everyday products that showcase Einstein’s contributions to science beyond relativity:

It’s hard to get lost these days because of GPS – it’s what allows our satnavs and smart phone map apps to tell us the quickest route to the airport or the beach. But if it weren’t for Einstein’s general theory of relativity, we wouldn’t know to take relativity’s effects into account when synchronizing the network of Global Positioning System (GPS) satellites orbiting the Earth. This fact means their data would be filled with errors, making GPS more or less useless.

Secondly, Most ISPs and mobile phone masts use GPS to set the time. And with each GPS satellite containing several atomic clocks, the clocks on your computer and mobile phone are ultra-accurate. Without that accuracy, you’d probably be late for every meeting.

Similarly, what makes a supermarket’s doors open automatically as you approach? Why do home security systems alert you to the presence of an intruder? How do smoke alarms detect fires? Lasers are crucial to all these inventions and more.

Einstein’s 1916 discovery of the physical principle was responsible for the light amplification by stimulated emission of radiation (the long-winded way of saying laser) that made these devices possible.

These are just few examples – there’s virtually no corner of science and technology that hasn’t experienced the Einstein effect, from supercomputers and supernovas to nuclear weapons and the Big Bang. On the 100th year of his prediction, gravitational waves, another prediction of his theory, were discovered in 2015. Also, on the 100th year of the confirmation of his theory, a black hole was first directly observed.

Albert Einstein, the great man of science, was Reuters Personality of the Millennium — just ahead of two people who dedicated their lives to dismantling Western institutions: Mahatma Gandhi and Karl Marx. Apart from science, two deep influences on the globe have been colonialism and capitalism. Mahatma Gandhi fought British rule through non-violence and India won independence in 1947. After that, within a couple of decades little remained of the British Empire. While, Karl Marx deeply influenced global political and economic thought for over a century with “The Communist Manifesto” and “Das Kapital.”

This was the verdict of leading figures from politics, business, the arts and academia invited by Reuters to select their greatest human being of the past 1,000 years. Voting was widely spread, with participants voting for 39 candidates.

Outside his academic life, Einstein spoke on a number of subjects beyond physics. His most fateful decision was to sign a letter in 1939 warning U.S. President Franklin Roosevelt of the danger that Nazi Germany might develop nuclear weapons. The Allies responded. Six years later U.S. nuclear bombs fell on Japan, and Einstein spent the time leading to his death in 1955 urging control of the new weapons that physics had unleashed.

Before it, in 1918, Albert Einstein joined the German Democratic Party as one of its founding members. He genuinely believed that the economic anarchy of capitalist society was the real source of the evil, because the entire productive capacity that is needed for producing consumer goods are the private property of individuals. This is true since the members of legislative bodies are selected by political parties, largely financed by capitalists. Moreover, capitalists inevitably control, directly or indirectly, the main sources of information (press, radio, education). Production is carried on for profit, not for use. In his famous article ‘Socialism’, he wrote:

“I am convinced there is only one way to eliminate these grave evils, namely through the establishment of a socialist economy, accompanied by an educational system which would be oriented toward social goals. In such an economy, the means of production are owned by society itself and are utilized in a planned fashion… This crippling of individuals I consider the worst evil of capitalism.” (Monthly Review, May 1949)

He questioned capitalism. He denounced militant nationalism. He protested racism. In 1937, when African-American singer Marian Anderson was denied a hotel room in Einstein’s new home town of Princeton, New Jersey, he and Elsa invited Anderson to stay in their home—the beginning of a lifelong friendship. He also befriended the African-American singer Paul Robeson, who had been ostracized for being a communist. And in a 1946 address to the historically black Liberty University in Pennsylvania, Einstein declared segregation to be “a disease of white people.”

We all know that, Albert Einstein’s greatest achievement, the general theory of relativity, announced in Berlin on Nov 25, 1915, apart from specialists, was hardly understood for many years. So, the question arises that, how and why Einstein is worlds most famous and most popular scientist, even far ahead of Isaac Newton? There are so many instances that prove his popularity.

At the 1931 premiere of Chaplin’s film City Lights in Los Angeles, when Einstein and his wife appeared as the personal guests of Charlie Chaplin, they had to battle their way through frantically pressing and cheering mob. The entire movie theatre rose in their honour. A somewhat baffled Einstein asked his host what it all meant. “They cheer me because they all understand me, and they cheer you because no one understands you,” quipped Chaplin. And,

when the head of state C. Weizmann died in 1952, the Israeli government offered to appoint him as the nation’s second president, Albert Einstein declined the honour.

So, part of the reason for Einstein’s fame is surely that his earliest, and best known, achievement — the 1905 special theory of relativity — seemed to have come out of the blue, without any prior achievement. A further reason for Einstein’s fame is that he was active in many areas besides from physics, notably politics and religion. He is best known for his open opposition to Nazi Germany from 1933, his private support for building the atomic bomb in 1939, and his public criticism of the hydrogen bomb and McCarthyism in the 1950s.

According to, an eminent philosopher, Bertrand Russell: “Einstein was not only a great scientist, he was a great man.” He was full of humanity, pity, a sense of enormous sympathy. It’s believed that it was Einstein’s unique combination of genius, humanist, pacifist, and eccentric that made him accessible and even lovable to millions of people. Such a combination of solitary brilliance, personal integrity and public activism is rare among intellectuals.

At school Albert Einstein was an average pupil. It was largely in his private time that Einstein’s passion and interest in science and mathematics first flourished. And after finishing his studies in Zurich in 1900, it was again in his leisure time, while working at the Swiss Patent Office as a young adult, that he developed many of his most influential theories.

When, in 1921, Einstein was awarded the Nobel Prize for Physics, at that time the Nazis were on the rise in his native Germany, and the Jewish-born Einstein was targeted for assassination. He moved to the United States in 1933, and worked at Princeton University in New Jersey for the rest of his life. As he was outspoken against racism, nationalism, and nuclear bombs, it prompted the Federal Bureau of Investigation‘ (FBI) to keep a secret dossier on him in. And by the time of Einstein’s death on April 18, 1955, that FBI file would be 1,427 pages long. Agency director J. Edgar Hoover was deeply suspicious of Einstein’s activism; the man was quite possibly a communist, according to Hoover.