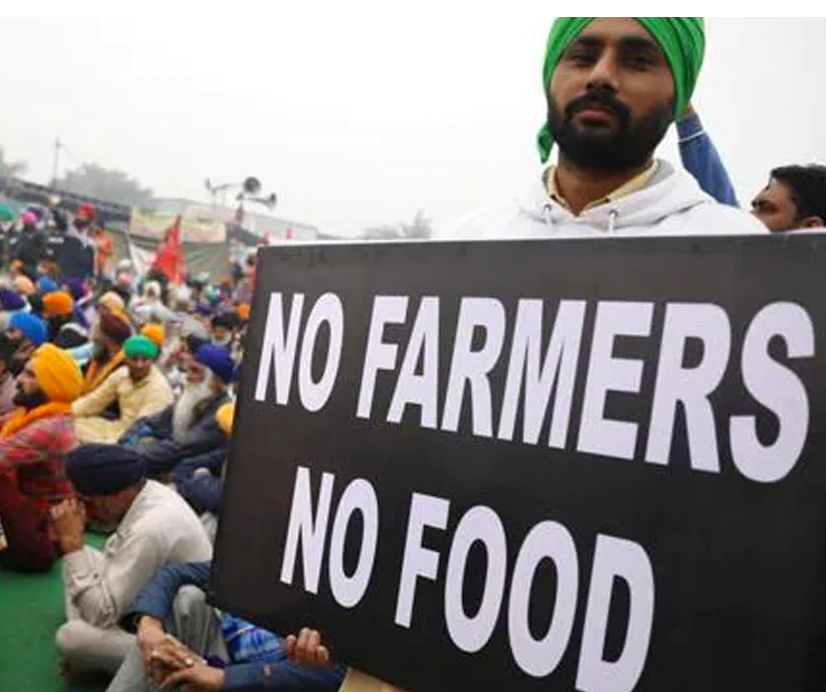 Repeal is a normal legislative exercise. The legislature which makes laws has the inherent power to repeal them. Normally, it does not evoke much interest or generate publicity.

But the repeal of the farm laws on the first day of the Winter Session of parliament has. It was supported by all political parties. They consider it a victory of the farmers and, indirectly, their own.

The farm laws were enacted in the face of strong opposition from political parties and the farming community. But the farmers’ organisations which started the agitation 14 months ago remained nonpolitical, creating international interest and curiosity among domestic political observers. The government underestimated their staying power in the face of reprisals.

For the first time in independent India, the united strength of farmers brought a mighty government to its knees.

Of course, impending elections in the biggest state hastened the decision to repeal. The farmers’ agitation has set off significant social realignments in the Gangetic plain, with serious implications for the electoral prospects of the BJP, which is in power both in the state and at the Centre.

This party has an uncanny understanding of the Hindi belt. The BJP fragmented the formidable array of Other Backward Classes and the Scheduled Castes and Scheduled Tribes – regarded as an invincible force – and the dominance of the Hindu ‘upper’ caste-controlled party followed. The amazing incapacity of OBC leaders to consolidate subalterns when they were in power in Uttar Pradesh and Bihar, because of traditional animosities and prejudices, allowed the BJP to pulverise them in elections and make them politically inconsequential.

The victory march of the ruling party continued unhindered across northern India.

In this scenario, the farmers’ agitation introduced a new dynamic. With support in rural UP and from neighbouring states, their staying power alarmed the ruling party.

Repeal is a tactical move to arrest growing support among rural folk. The government is committed to corporatisation of the farm sector, which they will attempt in future.

The repeal bill was passed by both Houses of parliament without discussion. The normal practice is to form a consensus on skipping discussion of a Bill (usually non-controversial). The opposition must agree to forgo discussion. If it demands discussion, the Chair must allow it.

The constitutionally sanctioned procedure is to discuss a Bill at the different stages of its consideration ― discussion of general principles, clauses and points left unaddressed, in that order. A Bill may contain harmful provisions which can be removed only by detailed discussion in the House or in committees, for which elaborate rules are provided.

Moreover, Article 107 of the constitution mandates discussion of Bills. This Article uses the words “unless it (Bill) has been agreed to by both Houses”. Without discussion, the House would not be in a position to agree.

It may be argued that since the repeal Bill is a simple document, there is nothing to discuss. This is not correct. The Houses may like to know why the government wants the laws repealed within a year of enactment, and what problems were encountered in enforcing them.

Discussion is a must because the Houses need to agree to the repeal Bill. In the past, repeal Bills were discussed, as mandated by the constitution. The government cannot unilaterally decide to waive discussion, on the basis of its majority.

MPs need to be made aware of conventions and constitutional provisions under which the proceedings of the Houses are conducted, because they have sworn true allegiance to the constitution.

P.D.T. Achary is former secretary general of the Lok Sabha.

(With Thanks from ‘The Wire’)

Repeal of three Farm laws: A Political Defeat of Big Business And Authoritarian Regime
Let’s Remember ‘October Revolution’ That Altogether Revolutionised the World
Political Influence has sneaked into The Edmonton city hall
The Strange Irony of Roping in Mahatma Gandhi To Establish Savarkar’s Nationalist Credentials
Fight out the scourge of ‘Fanatic Nationalism’
44th Canadian Parliament has 17 Indo-Canadian MP’s
Share on Facebook Share
Share on Pinterest Pin it
Share on TwitterTweet
Share on Google Plus Plus
Send To Devices Send