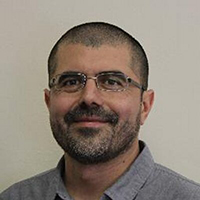 In his announcement of $600 million in funding over the next five years to support struggling media organizations in Canada, federal finance minister Bill Morneau said the government wants to protect the “vital role that independent news media play in our democracy and in our communities.”

It might be overly optimistic to assume that this small injection of funding will help media organizations—and newspapers in particular—reclaim their critical place at the centre of democratic thought and debate in this country, but it certainly can’t hurt.

The main problem the fund is intended to solve is one of money. Disappearing ad revenues and print subscriptions have forced most newspapers across the country to drastically shrink their newsrooms, defund anything resembling long-form investigative journalism, and increasingly simply cease operations.

Many have made a valiant effort to move to a digital model, but those moves have also proved frustrating as local media sources simply cannot compete with the likes of Facebook, Twitter, and other international social and online media to sell advertising on their platforms. This has been further aggravated by the reality that the majority of Canadians are simply not willing to pay for online content.

Morneau’s new fund will help ease those problems by providing non-profit news organizations the ability to accept donations and issue charitable tax receipts, and by giving media outlets a refundable tax credit on their labour costs.

So while the new program will likely help keep many news organizations alive, at least in the short term, it is not clear how exactly it will help the media reclaim the “vital role” that it is supposed to “play in our democracy”.

Media’s contribution to democracy depends on their ability to push back against dominant paradigms and challenge the unfounded broad statements made by our governments and politicians of all stripes. It requires digging deeply into and actively questioning the assertions made by our elected leaders and the other folks with political and economic power in our communities.

As local, independent media sources have slowly disappeared—or been bought out by large media conglomerates—so too has the willingness to actively challenge the political groupthink that tends to develop in society, especially in times of crisis. This problem is made worse as the new media environment forces news organizations to shift their focus away from disseminating information and investigative stories and almost exclusively to maximizing social media clicks and re-posts. People tend to click and share stories that reinforce their paradigm rather than challenge it, and news organizations have been more than happy to comply.

Take Alberta, for example, where the four major dailies are owned by corporate giant PostMedia and where reporters and newsrooms are largely a shared resource. Over the past decade, these papers’ stables of more thoughtful and critical columnists have been pushed out, or have left voluntarily. What’s left is, for the most part, a group of far-right corporate-boosting columnists and relatively new reporters who have neither the time nor the resources to properly dig into the assignments that come across their desks.

Columnists like Lorne Gunter at the Edmonton Sun and Rick Bell at the Calgary Sun regularly echo verbatim the talking points of Jason Kenney and the UCP, while business columnists at the Herald and Journal do likewise with messaging and press releases from the Canadian Association of Petroleum Producers.

What that means is that not one of Alberta’s dailies has actually dedicated any print inches to challenging the oft-repeated assertions that the failure to export our bitumen is costing us $80 million a day, an assertion based on a questionable extrapolation of a flawed study. Nor have they challenged the assertion—for which there is next to no evidence—that building a pipeline to “tidewater” will get us higher prices for our resource. They simply repeat those statements as fact in columns and news stories, let the politicians and corporations off the hook, and leave Albertans without the critical information they need to properly engage with those issues in a thoughtful and informed manner.

That is how the current state of the media and journalism negatively impacts our democracy, and it is unlikely that an injection of $600 million will do anything at all to remedy that situation. That will only change when people realize the importance of independent media sources and actively support thoughtful and critical journalism with paid subscriptions and advertising.

Since 1995, Vue Weekly has been more than willing to provide space within its pages for stories and columns that push back against popularly-held beliefs and viewpoints. They have been willing to tell stories and disseminate ideas that provide a well-thought-out counterpoint to what Albertans see daily in the mainstream media. In the 12 years that I have been writing this column, I have never been told by an editor that a piece is too radical or not in keeping with the editorial voice of the publication, even though I am sure that on numerous occasions things I wrote raised eyebrows among the editors. That dedication to actually informing public discourse is how independent media makes a positive contribution to democracy. Thank you Vue Weekly. You will be missed.